Yakuza Series: Which part to play first and what to expect from the series

Either way, thanks to availability in the subscription services, Yakuza is yet to become one accessible to a wider player base. The hurdle to “try it out” is low and that’s a good thing. Because yakuza is good. Yakuza: Like a Dragon is already available on Xbox Game Pass and launches today on PlayStation Plus.

It’s ironically the newest installment in the Yakuza series, so at first glance it doesn’t seem like an introduction to the series suitable, but fortunately this is not the case. Yakuza: Like a Dragon has to be treated separately, it’s the first part of the series with a new protagonist and completely different gameplay elements.

You can therefore easily start with Yakuza: Like a Dragon, but for the Kazuma-Kiryu era (Yakuza Zero to Yakuza 6) there is a certain order. Luckily it’s not complicated. Below we explain what to expect from Yakuza, how to play it and more.

The Yakuza series is often as the legacy of the Shenmue games that pioneered Sega under Yu Suzuki in the field of open-world games. Yakuza refined this basic formula, but the keyword “open world” here does not mean a huge world as it does in modern open world games.

In the games you always explore one or more cities that don’t are particularly huge. In return, they recreate real locations in Japan in great detail and are packed with all kinds of activities, from side stories to mini-games to street fights.

The stories are always linear, cinematic, dramatic and very much Yakuza -Movies inspire, in other words: Themes such as honor, betrayal, love, brotherhood, the police and organized crime play a role. They neither shy away from violence nor from eroticism.

But one shouldn’t assume that the Yakuza games are dead serious. While the plots are quite badass and dramatic, the side quests are full of wacky ideas and humor. From the mushroom dealer who only wants to sell edible mushrooms but is mistaken for a drug dealer, to bizarre sects that the player is drawn into, everything is included. 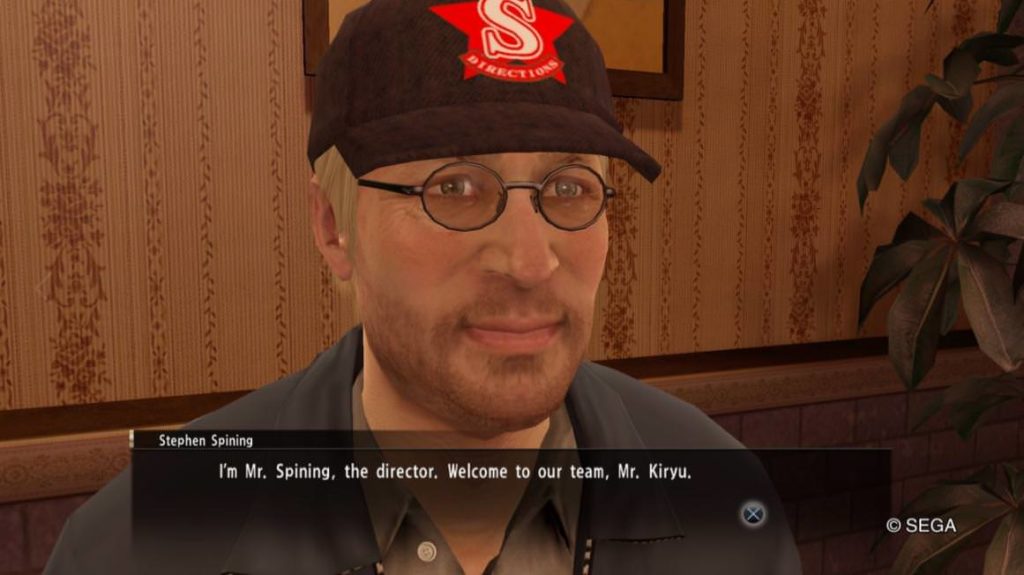 Occasionally you even come across parodies of real people like Michael Jackson and Steven Spielberg. These side stories mix humor with pop culture, light digs at society, and can even get surprisingly emotional at times.

How does Yakuza play?

Although you have to Yakuza games are often not classified as RPGs, they have many RPG elements. The fights (Like A Dragon excluded) mix elements of brawlers and action RPGs, and always yield some form of EXP or something similar, which can be used to improve your stats or learn new techniques. The basics are very simple and intuitive, but those who play on higher levels of difficulty will have to deal with the mechanics more intensively. 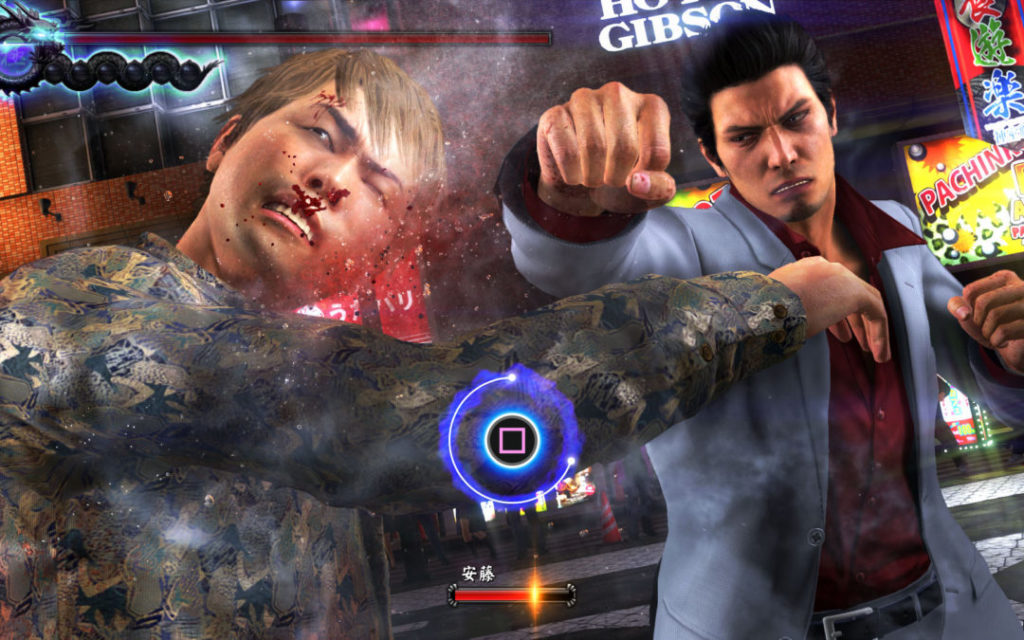 Where do you start?

The Yakuza -Main series (Like A Dragon excluded) is complete and consists of seven parts, the first two of which (originally for PlayStation 2) have received a remake nicknamed “Kiwami”. The games are all related chronologically and cover a real time period – from the 19ern to the present. You always slip into the role of Kiryu Kazuma, although there are other playable main characters in many parts. The chronology is very simple:

Fortunately, it actually offers the best possible entry into the series

Yakuza 0. You don’t need any previous knowledge, experience the game systems in a mature form and start directly with a yakuza game, the action of which is enormously captivating. All other parts are best played in chronological order.

You can certainly also start with Yakuza Kiwami, but you can clearly tell from the story that the original version is a bit older. In every respect, from scope to storyline, the Yakuza 0 game lags a little behind, although it’s still undoubtedly worth recommending. 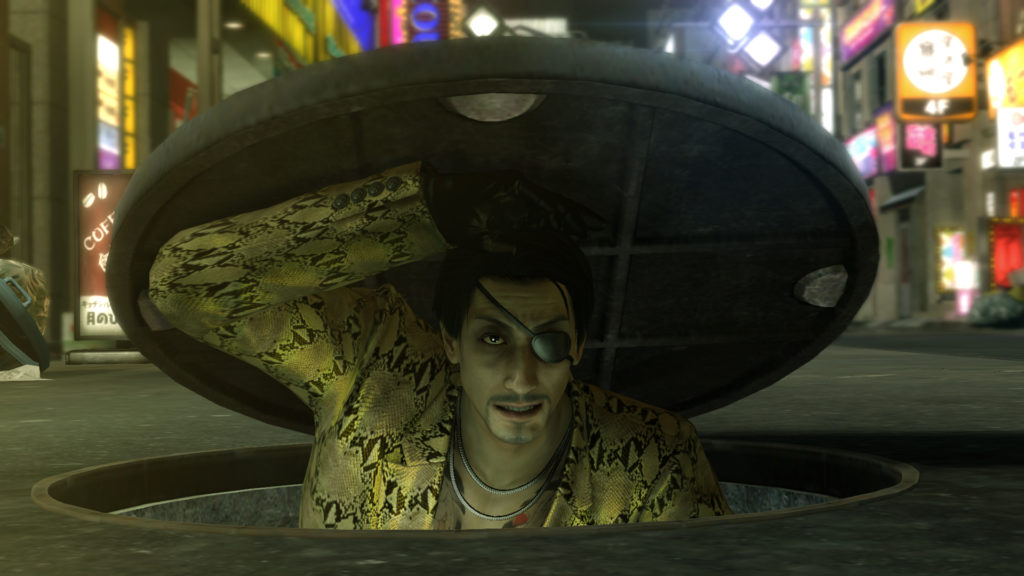 But above all, I recommend Yakuza 0 as an introduction, because with Yakuza it makes sense to start the series in its best form right from the start experience. Within the games, the gameplay is repeated very strongly – locations and mini-games are mostly taken over into each new part and supplemented by further content – and similar action patterns also occur several times. So it makes sense to experience the best part fresh and unbiased, and be amazed by all the things that make Yakuza so different from other Japanese and Western games alike.

By the fact that the games are so similar to each other, I also recommend allowing a certain amount of time before touching the next part, unless you’re just playing for the story. Because after playing a Yakuza game or two very intensely, you might get burned out and miss a lot of the optional content in the next title.

In any case, don’t worry very much guided by the urge to complete. Because Yakuza is a series where, as a player, you can concentrate on the aspects that you enjoy a lot. In the long run, ignoring a handful of mini-games that you don’t like is definitely a healthier attitude than always aiming for the platinum trophy.

A number of spin-offs still exist, including the slightly notorious Yakuza: Dead Souls with a zombie apocalypse as the scenario. Also worth mentioning are Yakuza Kenzan and Yakuza Ishin, which are set in historical Japan and star samurai instead of yakuza. Of the spin-offs, however, only Yakuza: Dead Souls is currently available in the West.

Yakuza is a series characterized by a strong cinematic storyline, hard-hitting yakuza drama, realistically recreated locations in Japan, entertaining mini-games, delightfully over-staged action combat and whimsical – humorous side stories impress – often with a lot of charm and more than just a wink, but always with a feeling for when the presentation has to be serious. Yakuza 0 offers the best possible start. Thanks to an Xbox or PlayStation subscription, you first have to worry about purchase prices if you want to have the games in your collection. Because they are good.

Artwork: Yakuza: Like a Dragon, Sega, Ryu Ga Gotoku Studio – This one Article has already been published in large parts 2018 by Ruben on JPGAMES.DE. There have been minor adjustments in light of current events.