Pokémon Crimson and Crimson offer three stories, and becoming a Champion is just one 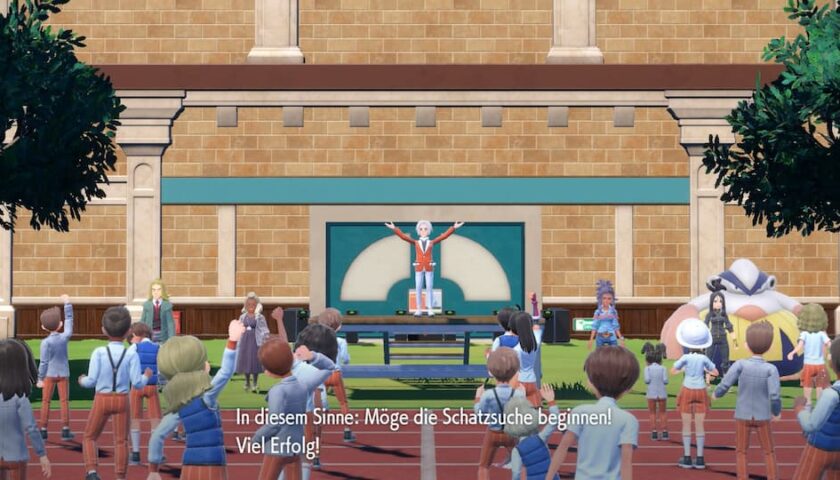 Pokémon games have always followed the same pattern, namely your path to the champ. Collect Pokémon, explore the region, and defeat Gym Leaders. That’s what it always looked like. Pokémon Crimson and Crimson not only offer an open-world style world, but also a new approach here .

As today’s trailer tells us, there are three stories in Pokémon Crimson and Crimson, and your journey to becoming a champion is just one of those stories. Unfortunately, The Pokémon Company hasn’t revealed what the other two stories will look like today.

On your way to Champion Rank, this time you can decide for yourself in in which order you defeat the eight gym leaders. So in the open-world style. The text on the official website suggests that the other two stories consist of different quests.

You can jump between the stories freely.

Some players will want to defeat all Gym Leaders first to become a Champion as quickly as possible, while others prefer to take it slow and go in search of Pokémon and meet all kinds of people.

Basically, in the Paldea region, you’ll end up at the Orange Academy or the Grape Academy, depending on your chosen one version. At the academy you will be sent on an exciting adventure. A “free project work” that involves a treasure hunt. This includes three stories and one of them is your path to champion. “The other two stories have many surprises and discoveries to offer,” it just says.

Pokémon Crimson and Crimson appear on 18. November 2022 worldwide for Nintendo Switch and can already be pre-orderedat Amazon, for example. Did the new trailer convince you?